We all know that digital real estate had its moment in 2021 and is still going strong in 2022. However, tokenization and the power of blockchain allow for actual real estate to become a liquid asset, simplifying both investing and leveraging the value of the property.

This is exactly what Lofty.ai is doing on Algorand. In fact, demand appears to be so strong that on Tuesday, a home sold out in just two minutes on the Lofty marketplace. Not just to one person of course, but through tokenization, 86 people. In fact, nearly anyone in the world can participate and own a tokenized piece of property via Lofty and generate a yield to boot.

This unlocks liquidity and allows for a brand new investment vehicle. The real estate industry is particularly archaic and illiquid. Recent statistics place the total value of the US real estate market at over 27 trillion dollars. Solutions like Lofty have the potential to unlock this capital, presenting a uniquely disruptive opportunity. 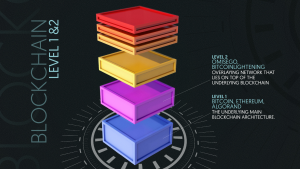 Recently, Lofty took a major step in development. Now, investors can use either the native Algorand token ($Algo) to invest or USDCa, which is the version of USDC that runs on Algorand. There is no need to clear money through intermediaries, title companies, or deal with any friction typically involved in real estate. You just need the $Algo token. The Amazon of Real Estate?

Lofty noted that the new update “pushes us closer to becoming a true Web3 company, which has been our goal with Lofty from the very start.” Lofty is backed by huge names like Nvidia and YCombinator. For context, Lofty is not a fund. They do not purchase properties, flip them, and then sell them. Instead, as they put it, “we are a marketplace like Airbnb, eBay, or Amazon.”

You can read more about the specifics of investing via Lofty, here. This update to accept payments in the Algo token, which settles instantly and only takes 4.5 seconds, could certainly drive the demand for Algo much higher. It makes perfect sense to use Algo rather than fiat in this case. Unlike buying a cup of coffee, for example.

A snapshot of how it works is as follows: the properties are rented out, and investors, thanks to the power of the blockchain, receive rental income every single day at midnight UTC. This can also be received in Algo, meaning instantly. Simply put, the investors of the property become owners “via a membership interest in the LLC that owns the property.”

Holders of the Lofty token, which are distributed based on how much you invest in the property, are used as such: “token holders vote on all decisions of the properties they’re invested in. These decisions may include when to increase rents, when to sell the property, whether to evict a tenant or offer them cash for keys and more.”

Suffice it to say. This is fairly groundbreaking on its own. Moreover, in Q2 of 2022, Lofty plans to launch “a secondary market exchange at which point investors will be able to buy/sell tokens with each other.” This is what crypto is all about; giving financial access to the masses, peer-to-peer. Lofty is the first protocol of its kind and certainly is a great example of what you can expect out of Web 3.

No longer is real estate bound to the rich, the connected, or the burdens of intermediaries. If Lofty can become the Amazon of real estate, this may be the “killer dApp” for Algorand, and currently, very few people in crypto even know it exists.