Even among the fastest-growing crypto startups, Yuga Labs has had a particularly explosive year.

The startup is behind the NFT project Bored Apes Yacht Club (BAYC), which only launched in April of last year but has quickly grown to become the most valuable NFT project by market cap. The price of admission to purchase the cheapest of the 10,000 images currently sits at around $240,000 worth of the Ethereum cryptocurrency. As the startup reportedly looks to bank funding at a $5 billion valuation (a spokesperson for the company declined to comment on that figure), Yuga Labs is looking toward the future, detailing a new partnership for a play-to-earn gaming title built around a much-hyped token called ApeCoin.

Multimillion dollar monkey pictures and monkey money are likely not the future you were expecting to capture the undivided attention of Silicon Valley VCs, but Yuga Labs hopes that the new game and token will inspire a mainstream crypto economy built around their their IP, which further expanded last week to include the highly valued CryptoPunks and Meebits NFT collections after Yuga acquired the assets from Larva Labs.

Building up this economy will require some very particular legal maneuverings to ensure regulatory compliance. The SEC has largely been keeping its distance from NFT projects — though not entirely — but crypto startups selling tokens that act as unregistered securities has been an area where they’ve been more vigilant in cracking down.

As a result, Yuga Labs is being very careful to isolate itself publicly from the token’s launch, which will instead be released by an entity called ApeCoin DAO made up of council members that are connected to the NFT project, but none of which are employees or executives at Yuga Labs. An organization called the APE Foundation will also be formed to administer the decisions of the ApeCoin DAO. Furthermore, the DAO will carry official branding of the BAYC project, which Yuga Labs is “gifting” to it by way of a 1/1 NFT of a blue Bored Apes logo.

If this all sounds a little convoluted, welcome to crypto in 2022.

Token holders will be able to vote on decisions in the DAO, while the special council “will carry out the decisions of the community,” a spokesperson says. Though Yuga won’t officially be launching the Ethereum-based token, the startup and the BAYC project founders will be the owners of nearly a quarter of the total token supply while owners of Bored Apes and Mutant Apes NFTs will collectively receive 15% of the total token allocation.

A spokesperson for Yuga Labs notes that they expect the Ape token to begin trading “soon” on major exchanges including Coinbase, FTX, eToro, Kraken, OKX, Gemini, FTX, Binance and Binance US. The startup did not make any executives available for interview and declined to offer further details on the relationship between the ApeCoin DAO and Yuga Labs.

The full breakdown of the token allocation of 1 billion APE coins is as follows: 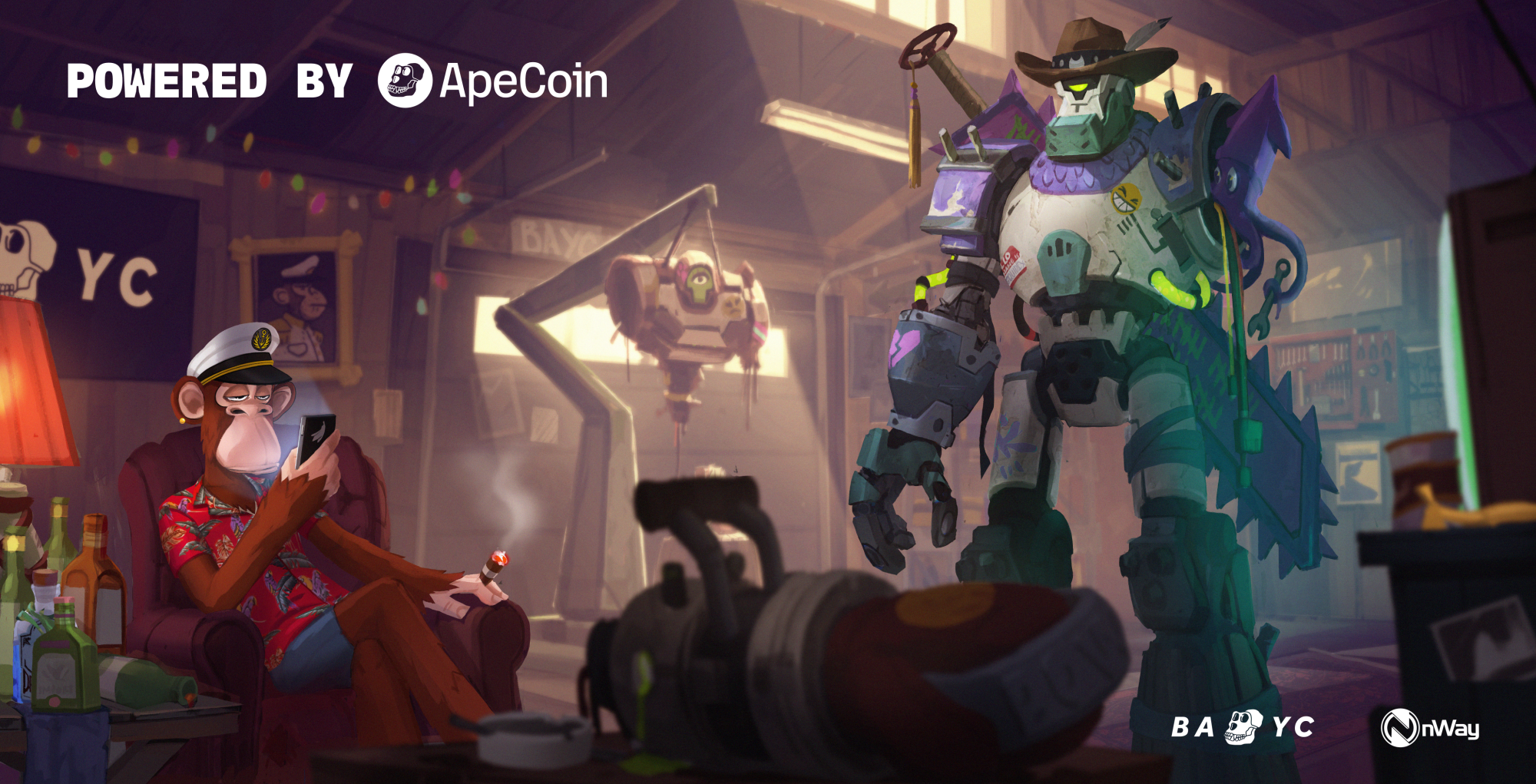 In terms of what the token will actually do, the full scope is currently unclear, but it is apparent that ApeCoin will be used as in-game currency for some titles that Yuga Labs has in the works, including a previously unannounced title being developed with San Francisco-based game studio nWay. The developer has previously published a number of battle games licensing IP from entities including Power Rangers and the WWE.

That unnamed title will utilize a crypto gaming mechanic called play-to-earn that enables users to earn tokens based on the amount of time and effort they put into playing the title. The mechanic was partially popularized in the game Axie Infinity, which has done several billion dollars in transactions over the past year and led its parent company Sky Mavis to raise at a $3 billion valuation.

Yuga Labs says that the new title will be released this year.

This title will interestingly be in addition to a previously announced play-to-earn gaming title that will be released in partnership with Animoca Brands. The company also notes that ApeCoin will have utility in an existing Animoca title called Benji Bananas.

A report in The Block yesterday detailed that the company is also planning a separate gaming title called MetaRPG, which will be compatible with a number of NFT projects, and further plans to branch into virtual land sales this year, efforts which Yuga estimates will push the company to a projected $455 million in net revenue this year. Yuga Labs declined to comment on the report.

NFTs have had a blockbuster year and are already finding support from major tech companies. Twitter has launched limited support for NFT profile pictures, Facebook has recently indicated plans to integrate NFTs into Instagram and Stripe just launched crypto support for NFTs.

NFTs have also inspired a spirited backlash among consumers, particularly gamers, who worry that NFTs won’t actually democratize ownership of games and will instead supercharge micro-transactions. Others have expressed concerns around the environmental effects of minting NFTs on energy-intensive blockchains.

Yuga’s foray into gaming is clearly a major element of its growth plans for the BAYC brand, but blockchain gaming is still a decidedly niche affair and one it hopes to open up.

“I don’t know how big Bored Ape Yacht Club can be, that’s not to say that I don’t imagine it to be big, but I think — I hope — Yuga will be big and that we will be able to create lots of things that are unique and special and speak to the greater community in different ways,” Yuga CEO Nicole Muniz said in an interview last month with the D3 Network.