'My main concern is when I’m going to eat dinner. Do I eat between 6 and 7? Or do I eat dinner when I get home after 8? It’s something I’ve wrestled with,' Watters said

When "Jesse Watters Primetime" launches on Monday at 7 p.m. ET, the outspoken namesake host needs to alter his eating habits, but doesn’t plan on changing the formula that helped lift "Watters World" to incredible success.

I think the difference is going to be more the format, because, on a weekend show, you're reacting to news of that week. So, you're doing a lot of summarization and you're incorporating all of the elements from the week and the impression that I've gotten of that week, whereas a nightly show, you're basically, you swing for the fences every single night," Watters added. "So that's going to be different. It's going to be more cutting edge, I'll put it that way."

Watters initially began guest hosting the vacant 7 p.m. hour as part of a rotation of Fox News personalities who took the reins of the coveted time slot when the network shook up its programming slate early last year. He said it never felt like a tryout and first took an interest in the role simply to promote his best-selling book, "How I Saved the World," and served as guest host leading up to its July 6 launch. Watters was asked to guest host again, weeks later, when America was focused on the botched pullout of American troops from Afghanistan and that was when he took a long-term interest in the gig.

"The footage coming in was just harrowing and emotional, so that was pretty powerful," he said. "It was a new experience and it clicked."

Watters was named the permanent host earlier this month, and he will continue co-hosting "The Five," in addition to his new show, but has given up the "Watters World" weekend gig. "The Five" averaged a staggering 3.3 million viewers during the fourth quarter of 2021 to become the first non-primetime program in cable news history to finish an entire quarter as the most-watched show.

Between of the success of "The Five" and weekend dominance of "Watters World," observers would assume the bar is relatively high for Watters’ new program in its desirable time slot. But despite the lofty expectation, Watters doesn’t plan to chase ratings or make any predictions about viewership.

"I'm just going to try to put on a killer show every night and make sure each segment really sings and be creative and really put a lot of juice into it," Watters said. "I think the numbers will come as the show gets momentum."

Jesse Watters will continue co-hosting "The Five" in addition to his new show. (Courtesy FOX News)

While Watters isn’t particularly concerned about his new show’s ratings, he does have something on his mind. "The Five" wraps up at 5:59 p.m. ET, and he needs to get to the "Jesse Watters Primetime" studio in time for the 7 p.m. ET start.

Watters, who lives nearby Fox News’ New York City headquarters where "Jesse Watters Primetime" will be housed, estimated that he can get home by 8:15 p.m., but isn’t sure if his wife, Emma, will always wait for him.

A new wrinkle of "Jesse Watters Primetime" will be an ongoing segment in which the namesake host reads text messages from fans, critics, and everyone in between. Watters’ liberal mother has become known to "The Five" viewers for texting her son with not-always-flattering feedback of her son’s political hot takes. Watters feels reading his mother’s messages on air helped viewers relate to his family, as many Americans struggled with bickering, infighting and a partisan divide among loved ones.

"So we wanted to give the audience an opportunity to text me, not just my mom. There is going to be a number that goes out… and the audience can communicate with me because I really want the show to be about the audience," Watters said. "My relationship with the audience, and the American people, has been the most formative thing in my career." 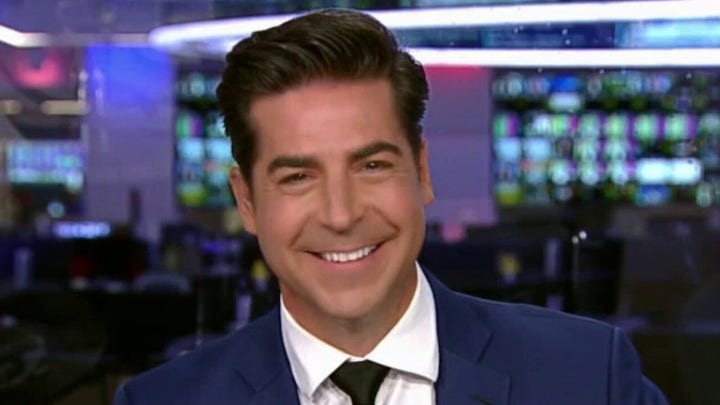 Many episodes of "Jesse Watters Primetime" will conclude with the namesake host reading text messages. "Whether it’s hate mail, butt kissing, or just off-the-wall, I’m going to be responding to people," he said.

Watters joined the network in 2002 as a production assistant and made his on-camera debut a year later as a correspondent for "The O’Reilly Factor," where he rose to fame with his popular man-on-the street segments. Watters plans to hit the streets himself but will also give up-and-coming Fox News personalities a similar opportunity to the one given to him nearly two decades ago.

"We're going to look at producers and correspondents at Fox, and then outside of Fox, to really get out there into the country, in the capital. You know, in California, wherever the story is, and they’re going to be bringing back video and stories to us," he said. "I like enterprise reporting aspect of cable news, I like confrontations and I love listening to what people want to say… so we’re definitely going to have a footprint out there." 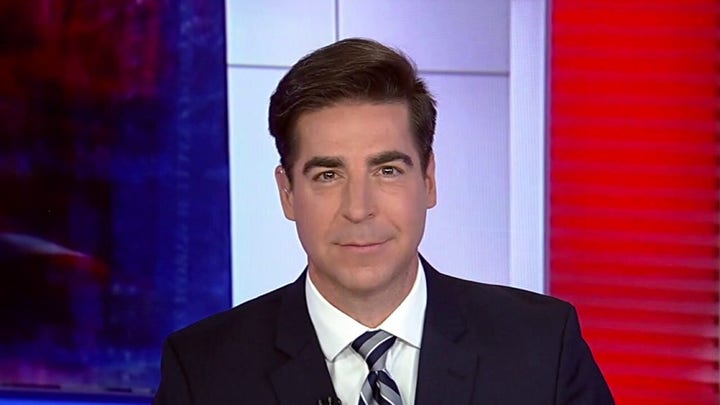 "Watters World," which launched in 2017, was the most-watched program in its time slot throughout its history, averaging 1.9 million viewers to make it the most popular weekend program in cable news. Fox News recently announced that Lawrence Jones and Brian Kilmeade will host Saturday night programs to fill vacancies left by Watters and Jeanine Pirro, who was named co-host of "The Five."

"Watters World" branding is expected to remain part of Fox News, but it will go back to its roots as a man-on-the-street segment during "Jesse Watters Primetime."

Watters graduated from Trinity College with a Bachelor of Arts degree in history and is a New York Times No. 1 bestseller with his popular book, "How I Saved the World."