Will Rivian Automotive Be Worth More Than Tesla by 2030? – BossInVegas Skip to content The electric truck and van maker still faces a lot of challenges.

Rivian Automotive (RIVN 1.82%) was frequently compared to Tesla (TSLA 3.60%) when it went public last November. The electric vehicle maker was backed by Amazon and Ford Motor Company, which seemed to give it much brighter prospects than many of its industry peers. 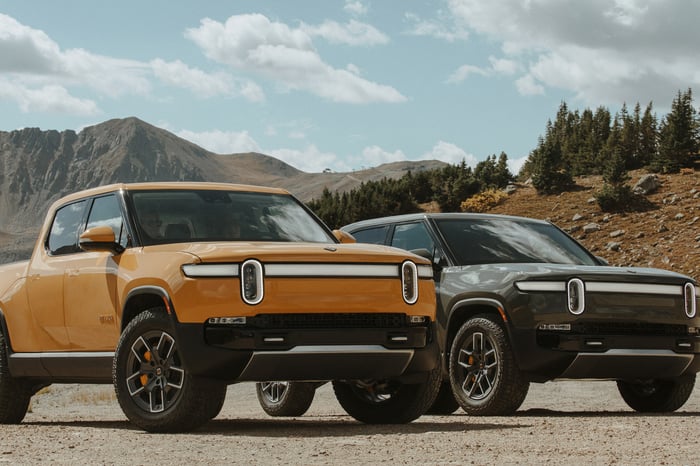 Tesla also struggled to ramp up its production for years before it achieved mainstream success. But once it did, its market cap soared from less than $3 billion at the beginning of 2012 to nearly $850 billion today. Could Rivian, which is worth $28 billion today, replicate that success story and catch up to Tesla by 2030?

The differences between Rivian and Tesla

Rivian produces three types of EVs: the R1T pickup truck, the R1S SUV, and Amazon's EDV (electric delivery van). Its R1 vehicles start at under $70,000 and can travel more than 300 miles on a single charge. It doesn't manufacture any electric sedans like Tesla does. However, Tesla also launched its own electric SUV, the Model X, back in 2015. It also plans to launch its long-awaited Cybertruck next year, followed by a "configurable robovan" for cargo and passengers in the future.

Could Rivian become as big as Tesla?

In 2024, Rivian plans to open its second plant in Georgia. After it fully expands its Illinois plant and opens its Georgia plant, it expects its annual production capacity to reach 600,000 vehicles -- but it hasn't set a firm deadline for reaching that milestone yet. Therefore, Rivian will still likely be much smaller than Tesla by the end of the decade.

But how much smaller will Rivian be?

Assuming Rivian sticks to its current production targets and ramps up its production over the next few years, analysts expect its revenue to rise from just $55 million in 2021 to $12.4 billion in 2024. Based on its average sticker price of about $70,000 per vehicle, those estimates imply that Rivian can deliver nearly 180,000 vehicles in 2024.

In reality, Rivian could struggle to grow as rapidly as Tesla for two simple reasons. First, the EV market is much more saturated today than it was during Tesla's meteoric rise. In addition to Tesla's Model X, upcoming Cybertruck, and future robovans, Rivian still needs to deal with other electric van makers like Stellantis, formerly known as Fiat Chrysler, and smaller electric delivery vehicle makers like Canoo, which recently secured a big order from Walmart.

Second, big government subsidies, favorable loans, and tax breaks offset a lot of Tesla's early losses -- but Rivian and other smaller EV makers could struggle to secure the same benefits. Analysts expect Rivian to continue to lose billions of dollars every year for the foreseeable future -- so it could run out of cash before it successfully ramps up its production.

Don't call Rivian the next Tesla yet

Rivian is doing a lot better than many of its fellow EV makers like Canoo or Faraday Future Intelligent Electric -- neither of which has shipped a single vehicle yet -- but it certainly hasn't proven that it's the "next Tesla" yet. Rivian might become nearly as large as today's Tesla by the end of 2030 if it plays all its cards right, but it's still a very speculative stock.